The Kappa Delta Rho Foundation Scholarships are established and endowed by individual Brothers, their families, and friends of the Fraternity. In general, the purpose of these scholarships is to provide financial assistance to outstanding students who are members of Kappa Delta Rho, but these awards are also intended to act as a memorial for some outstanding members of our Fraternity, both living and deceased. Recipients of the awards are determined by the Foundation Scholarship Committee composed of Jerry Murray (Theta ’66), Jeff Howard (Tau Beta ’97), Gregg Klein (Omicron Alpha ’96), Al Peterson (Sigma’ 66) and chairman Michael Mueller (Eta ‘95)

The Dr. Gerald L. Murray Scholarship Fund is named for Dr. Murray, Theta ’66 and is intended to provide needs-based financial assistance to a member of Theta Chapter. Dr. Murray epitomizes the notion that KDR is a lifelong Brotherhood. While at Purdue University he served a Consul. Subsequently, he served on the Board of Directors of Theta Foundation, the alumni and housing corporation of Theta Chapter for many years, including fourteen years as President. He was a member of the National Board of Directors from 1974-2016, serving as national secretary since 1988. He currently serves as a Trustee of the KDR Foundation.

The John C. Carl Scholarships are endowed in memory of John Carl, Theta ’51 and are intended to provide needs-based financial assistance to members of Theta and Upsilon Alpha Chapters. John was a life-long supporter of Theta Chapter, serving on their Board and served as a Director of the National Fraternity and Trustee of the KDR Foundation. If either Chapter is temporarily not operating, the stipend(s) are available to the general membership of KDR.

The General Undergraduate Scholarship is intended to encourage and support KDR undergraduate Brothers in their educational journey.

The Horace E. Shackelton Memorial Scholarship is named in memory of Brother Horace “Doc” Shackelton, Beta ’22 who served Beta Chapter as an advisor for more than 25 years.

The Past Recipient’s Scholarship is a general scholarship available to any eligible member of KDR. It is endowed and funded by prior generations of KDR Scholarship winners who have taken the opportunity to “give back” after graduation to help their fellow Brothers who follow in their footsteps.

The Pi Alumni Scholarship is made possible by an endowment created by the Pi Alumni Corporation.

The Robert D. Lynd Scholarship is named for Bob Lynd, Iota ’66, past National President of both KDR and the National Inter-Fraternity Conference.

The O. D. Roberts Memorial Scholarship is named for O.D. Roberts, Eta ’36, who was Dean of Men at Purdue University, and a past National President of KDR.

The Kenneth C. Kramer Scholarship is named in memory of Ken Kramer, Zeta ’54, a long time chapter advisor and national volunteer. If Zeta Chapter is temporarily not operating, the stipends are available to the general membership of KDR.

The Rho Alumni Scholarships are endowed and made possible by the Rho Alumni Corporation and alumni of Rho Chapter to benefit members of the Rho Chapter at Lafayette College. If Rho Chapter is temporarily not operating, the stipend(s) are available to the general membership of KDR.

The Lee H. Idleman Memorial Scholarship is endowed in memory of Brother Lee H. Idleman, Iota ’54. Brother Idleman served as a long-time supporter of Iota chapter and a mentor to many members of the chapter. He served as a Trustee of the Kappa Delta Rho Foundation and as a Trustee and Chairman of Bucknell University Board of Trustees. If Iota Chapter is temporarily not operating, the stipend(s) are available to the general membership of KDR.

The Chapter Educational Fund has been endowed by funding from prior Brothers through an allocation from their initiation dues.

The Peregrine Falcon Scholarship was established to highlight the importance of Peregrine Falcon members, which is the undergraduate giving society of the Foundation and provides a reward to an honored member as a Thank You to all those who gave themselves.

The Wally T. Miller Memorial Scholarship is named in memory of Wally Miller, Theta ’59 who actively supported Theta chapter and served as a trustee and president of the KDR Foundation.

The Thomas P. Burns Memorial Scholarship was endowed by the family and chapter Brothers of Tom Burns, Eta ’74. It is awarded in his memory to a member of the Eta Chapter at the University of Illinois.

The Robert D. Corrie Phi Beta and Beta Gamma Chapter Scholarships were endowed by the alumni of those chapters and his legion of devotees. Brother Corrie, Beta ’53, was a valuable advisor to these chapters, treasurer of the National Fraternity and Foundation for roughly 50 years, 2008 winner of the NIC Award of Distinction and is the Brother for whom the “Chapter of the Year Award” is named.

The Eta Chapter Guy L. Davis Scholarship is endowed by the Eta alumni to recognize many years of dedication by their chapter advisor, Guy Davis.

The Eta Chapter William J. Paris Scholarship is endowed by the Eta alumni to recognize Bill Paris, ’87 for his dedication and service to KDR — on their board, as an advisor, as past Executive Director of KDR and the KDR Foundation.

The Michael E. Mueller Scholarship was endowed by Renee and Michael Mueller, Eta ’95, who served as the Eta Alumni Corporation Treasurer for 15 years and later served as the President of the Kappa Delta Rho Foundation.

The Theta Veterans Scholarship is endowed by Brother Bill Steinfeldt, Theta ’38, to remember those Brothers who served their country and gave their lives.

The William C. Hogan Memorial Scholarship is endowed by John Carl, Theta ’51 in memory of his chapter Brother, Bill Hogan, Theta ’51. It is awarded to a member of the Theta Chapter at Purdue University.

The E. Mayer Maloney Memorial Scholarship is named in memory of E. Mayer Maloney, Nu ’36 who served as Executive Director of KDR on two occasions totaling nearly 15 years. The award goes to a member of Nu Chapter at Indiana University.

The Nu Chapter Scholarship is endowed by the Nu alumni and goes to a member of the Nu Chapter at Indiana University.

The Martin J. Joachim Memorial Scholarship was endowed by Nu Alumni in appreciation of his decades of service to Nu Brothers. Brother Jaochim, Nu ’61, began academic advising of undergraduates by overseeing study table and privately meeting with those who needed special assistance. Countless Nu Chapter graduates attribute their academic success – and ability to graduate – to his calm, encouraging and sometimes prodding manner. Marty is one of many Brothers who set the example of KDR as a lifetime Brotherhood.

The John J. Cobb Memorial Scholarship was endowed by Xi Alpha Brothers at Temple University. Brother Cobb, Xi Alpha ’91, is remembered as a loving husband, father, uncle, nephew, cousin, and friend. He was a hard-working and loyal Brother whose life showcased the pillars of our Fraternity; fellowship, leadership, scholarship, service and tradition.

The Commerford B. Martin Engineering Scholarships were endowed by Madeline Martin, widow of Commerford Martin, Beta ’33, a well-known engineer who was an original designer of the double-decker commuter train cars.

The Elmon M. Williams MBA Scholarship was endowed by Lucille Williams in memory of her husband Elmon, Epsilon ’33, a well-known attorney, businessman, and mall developer in Greenwood, Indiana.
The General Graduate Scholarship is intended to encourage and support KDR Brothers in their continuing education at a post-graduate level.

The Michael A. McCarthy Architectural Scholarship was endowed by Michael McCarthy, Beta ’57, a widely known architect and partner of Skidmore, Owings & Merrill in New York City. 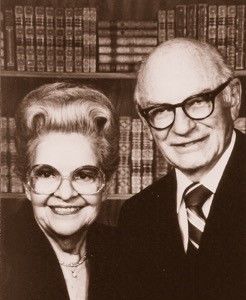